Kickboxing Near Me That Works 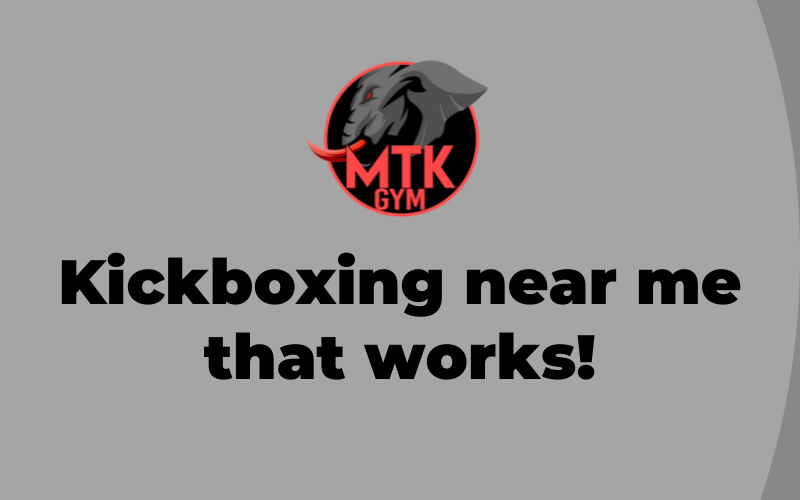 Ever felt so mad that you feel the need to punch a pillow (or even kick a coffee table) to let out your frustration? It’s completely normal and the reason we use our fists or even our legs is that our main energy focus is there and we can control what we hit. But what if there were another way to let out our frustration or energy? Lucky for you, and us, there is!

Although American kickboxing originated in the 1970s and was brought to prominence in September 1974, when the Professional Karate Association (PKA) held the first World Championships, its origins date back to the 60s in Japan. Kickboxing is said to be an evolved version of Thailand’s martial art form Muay Thai. During the 13th and 14th centuries, the Siamese soldiers of Thailand practiced a kind of boxing known as Muay Boran. The martial art continued to develop as a combat system until the 19th century when it was popularized as a form of recreation, self-defense, and physical fitness. It also evolved into a kind of sports event with rules and the use of safety accessories, including gloves. By the 1920s, the style was prominently known as Muay Thai.

Some years later, a Japanese boxing expert Osamu Noguchi, came across the art of Muay Thai. After studying Muay Thai, he merged it with full contact techniques of Karate and boxing, which eventually became what we know today as Kickboxing. A few years later, the first kickboxing organization, called Kickboxing Association, was formed in Japan.

Now in days, you can find Kickboxing gyms anywhere and LA is not the exception. At MTK Gym, we are proud to offer Muay Thai, Kickboxing, and Jiu-Jitsu to anyone who wants to learn or to anyone who already knows and wants to keep on training.

What are some of the benefits of kickboxing? Although it started as a men’s only sport, kickboxing is an inclusive sport and brings health benefits for both men and women. For example, kickboxing brings a lot of cardio, but we mean, A LOT. So much that it is one of the most effective ways to burn fat and you can even burn 750 cals per session! That’s crazy! Since it involves many muscle groups in your body, you are super toning it while kickboxing.  For example, with each kick, you’ll be working your waist, belly, butt, and legs. Not also is this considered a great workout, but you will also learn a great self-defense technique. The ability to protect yourself can be a valuable asset. It’s empowering to know that if you were in a dangerous situation, you have the knowledge to help get yourself out of it safely.

Kickboxing Near Me That Works Review

Finally, as we mentioned in the beginning, kickboxing is a great way to take out your aggression and stress. Sometimes the best way to release that stress after a hard day at work or just a hard day, in general, is by engaging in intense physical activity and if running isn’t your thing, come to MTK Gym to check out if kickboxing can be your new way of relieving that built up stress. We have more than 20 classes per week, a wide set of different schedules, and great trainers. But, don’t just take our word for it, come check us out!

Insider offers & flash sales in your inbox every week.

Insider offers & flash sales in your inbox every week.

We are more than your regular Muay Thai Gym. We also offer classes on Self-Defense, BJJ, and Grappling. With 3+ trainers available for your training needs.

Little Trunks is available for ages 6-12. Think of Little League sports but with a lot more energy being burned. Our kids will focus on self-respect, respecting others, self-defense, anti-bullying techniques while simultaneously learning a new culture.